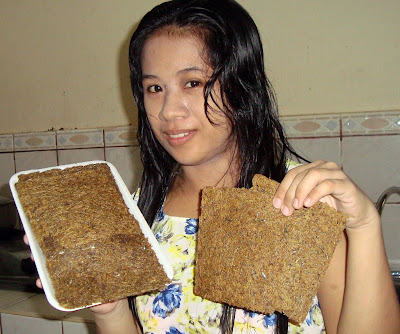 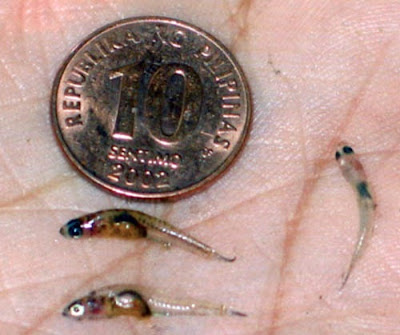 
Sinarapan, scientifically known as Mistichthys luzonensis is the world's smallest commercially harvested fish and is found in Lakes Bato and Buhi in Camarines Sur in the Bicol Region. Another goby, Pandaka pygmaea, also found only in the Philippines, is the smallest known vertebrate and may be endangered.
Sinarapan, from the root word sarap or tasty, is a rare fish species found only in Lake Buhi in the Bicol Region. It is the smallest fish in the world of commercial value.  Overfishing and deterioration of its natural habitat have placed sinarapan under the list of threatened species, a prelude to the category of endangered species, a step away from extinction.

What attracts buyers and connoisseurs other than curiosity?  Well, like the dulong (ipon Ilk) it is indigenous which means it is a native delicacy, which not for long, it became commercialized. Dried sinarapan is quickly fried and served as shown in the photos. Its taste in not extraordinary, but you are eating the smallest commercial fish in the world and that’s something special. What with hundreds of helpless individuals in one bite!  Thousands in your plate, their large eyes focused on you. Personally, a first time experience is enough, and that would help conserved the species. ~
Posted by Abe V. Rotor at 6:40 PM